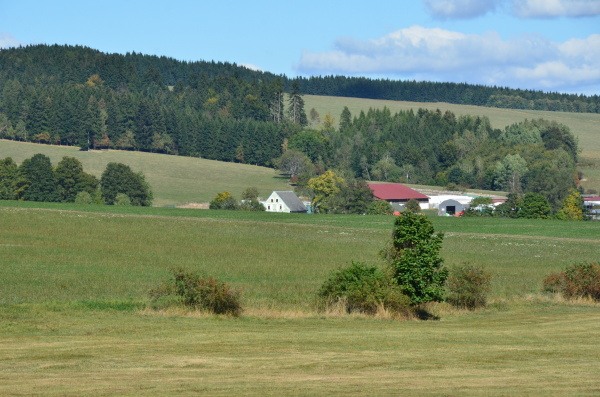 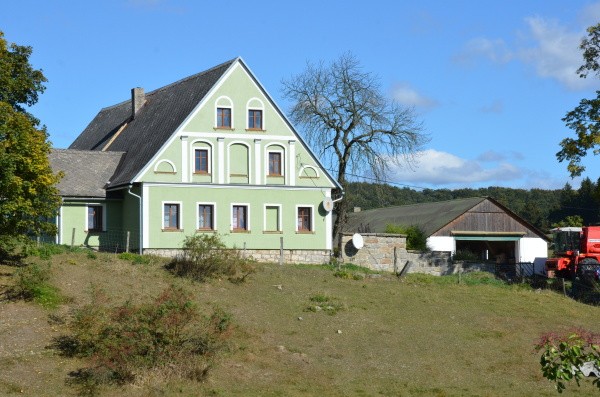 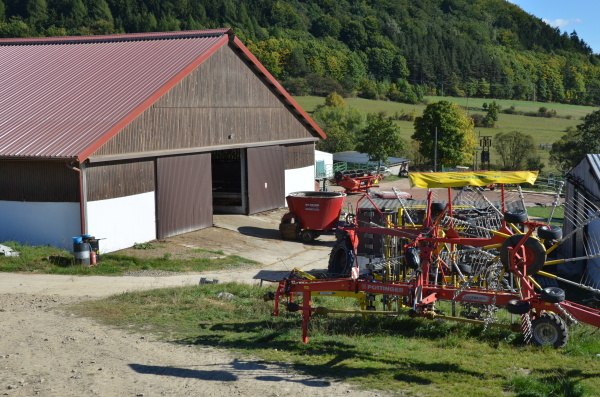 After years spent working in another field, I decided to return to my childhood dream – to raise animals. In 2002, I purchased an abandoned former Communist state-owned farm located on land in the romantic Broumov Protected Natural Landscape Area. That same year I began raising cattle without producing milk for the market. I started by buying around fifty culled dairy cows and crossbred them with purebred Charolais bulls to create a meat-producing type of cattle.
Modernising the farm was indeed an adventure. The original state-owned farm had a facility from the 1970s for rearing young cattle which could house 500 heifers with feeding racks, four tower reservoirs for feed, and then just endless amounts of garbage, construction debris, and clutter.

To date, we have renovated the original hall, built another hall in 2013, and put a third hall into operation in late 2017. We demolished the towers and modernised the farm’s operations. Our equipment comprises eight tractors and other necessary vehicles, including a combine – we are entirely independent and do not need to outsource services. Since 2017, we have been using mechanical feed piling in the fattening stable. In 2016, we bought 15 pregnant Charolais heifers, and the following year, 14 pregnant heifers and 23 year-old heifers directly from France. Our goal is to segue completely to breeding these beautiful animals. We watch over our animals carefully using software to monitor their health and ruts.

Since 2008, our operations have been entirely organic, and we maintain a stable herd of around 500 animals, of which 170 are mothers. All of our products – animals and feed, including grains – undergo annual organic certification.

Today we own 500 hectares of land, of which 150 hectares is arable land. As mentioned, we operate organically, and of course, our animal feed is also organic. Our cattle graze on extensive pastures in the beautiful tranquil countryside of the Broumov Protected Landscape Area. Over time, we determined which species of grain and feed blends would give us outstanding returns even at our altitude of 650 m above sea level and are the best nutritional supplements for feeding our herd. Silage and hay are enriched with natural proportions of herbs and grasses that have been endemic to this area for centuries and have not been ruined by chemical sprays, as is usual in other agricultural regions.
Over the years we have found the best possible way to fatten our bulls and heifers, and we currently have in our barns with paddocks about 200 young animals annually.