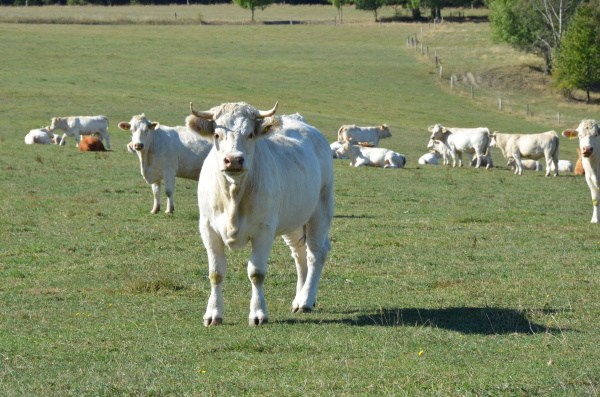 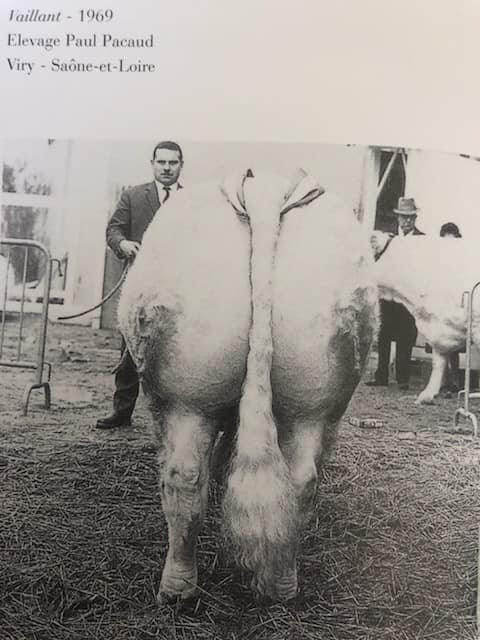 The breed originated in the late 18th and 19th centuries from the original yellow cattle bred at that time in France. Some literary sources mention their close relationship with the Simmental. The first specific mention of the breed dates to 1773. The main farming area was central France in the region between the Seine, Loire, Rhone and Allier Rivers. With proper nutrition and favourable climatic conditions, breeders chose individuals who excelled with rapid growth and presented primarily as highly-muscled utility animals. For improved meat maturity and fineness, they were crossbred with shorthorns in some areas. The Charolais herd book was established in 1864. Thanks to the breed’s favourable growth capacity and high slaughter quality of fattened animals, it is used not only in purebred breeding but primarily also in commercial crossbreeding with other breeds of cattle. Animals intended for slaughter fatten well, gaining mass more quickly and attaining a higher slaughter weight that is exceptionally low in fat. Characteristic of the breed is the ability to pasture well, with a favourable consumption of roughage. Cows have excellent milk production, expressed through intensive calf growth, particularly in the period of up to 120 days. Essential features include fertility, longevity, and good health, free of genetically determined disorders. Due to high fertility and growth ability of offspring, the Charolais breed produces the highest live weight of calves per cow per year. With this, however, comes a higher percentage of difficult births, which, especially in the past, significantly reduced the interest of farmers in the breed. Reduction of difficult births in the population took place in the 1980s and 1990s as one of the main selection criteria. Even today, this production indicator is an important selection criterion.